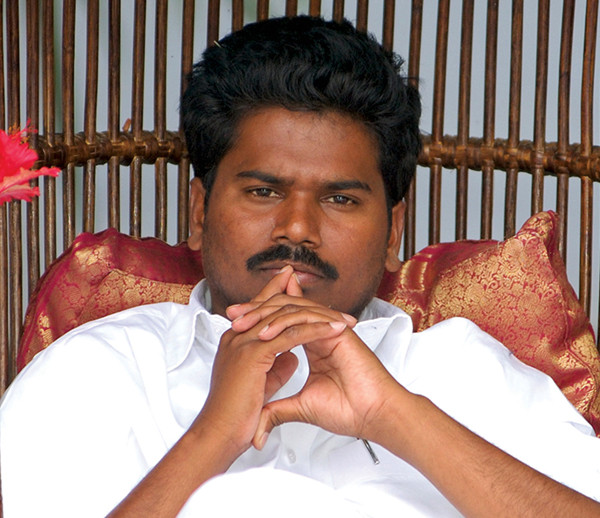 I am teaching the divine tradition. It isn’t limited to, or doesn’t belong to any one religion. The supernatural energy has no religion. Our tradition is the religion of love and truth. Power, love, truth, faith, patience, surrendering, worshiping. These are all the fragrances for those who want to know the reality… I am preparing the strongest healers to create real true love and a peaceful atmosphere on the planet....learn, learn, learn. - Sri Kaleshwar

Sri Sai Kaleshwara Swami, a modern spiritual master in the lineage of Shirdi Sai Baba, Jesus Christ, Mother Mary, Babaji, Ramakrishna Paramahamsa and Ramana Maharshi. Sri Kaleshwar, as he is called, was born on January 8th, 1973 in Cuddapa, a small village in the State of Andhra Pradesh in Southern India. While remarkable occurrences happened around him as a child, Sri Kaleshwar had no real interest in spirituality until what he calls his ‘enlightenment day’ when he was fourteen years old.

That day, while he was studying for exams in an abandoned temple, he noticed an old man sitting in one corner watching him. The man had a beard, a cloth wrapped around his head, a begging bowl and a stick. The old man asked him for coins, which the young Kaleshwar gave him. The next day, when the boy returned to study, the old man was there, once again, begging coins. On the third day, when asked for coins Kaleshwar said that he had no change. The old man replied, “You have 50 rupees with you.” The boy reached into his pocket and was surprised to find a 50-rupee note that he had forgotten was there. Puzzled, he asked, “How did you know that?”

Then, the old man offered the young boy rotten food from his begging bowl. Kaleshwar responded with a grimace, “Why are you eating this food? That’s why your health is so bad. I’ll bring food from the house, don’t worry.” The old man looked at him with tears in his eyes.

Just then, the old man revealed important knowledge to Kaleshwar. Afterwards, he tapped his begging bowl three times and the once ‘rotten’ food was then steaming hot and its delicious aroma filled the small temple.

Kaleshwar was amazed but afraid. “Who are you? Why are you doing this magic?” 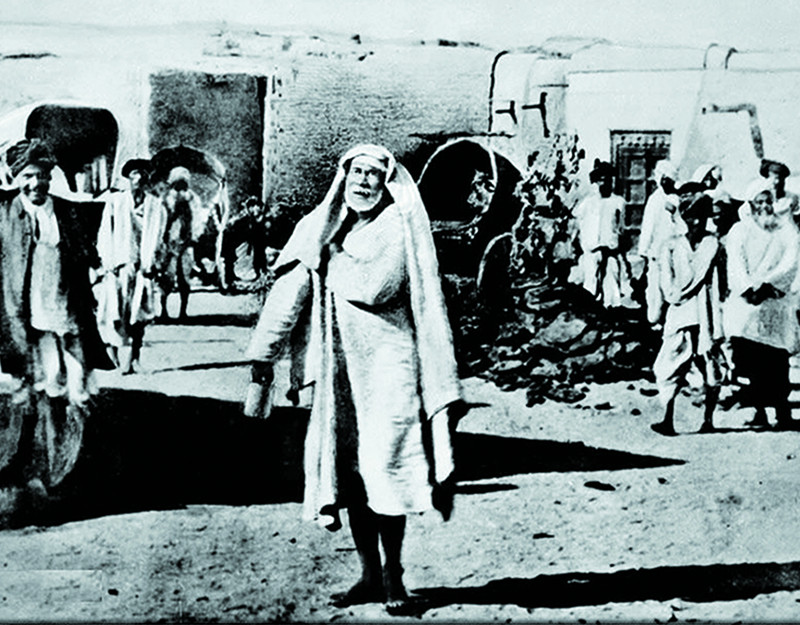 “I am Shirdi Baba. Just taste my food a little to see if you like it,” he said, putting a spoonful in Kaleshwar’s hand. It was delicious. Shirdi Baba kept putting spoonfuls of food in Kaleshwar’s hand, which he gladly ate. Kaleshwar ate until he was full then went to wash his hands at the nearby water tap. He was gone only a couple of minutes, but when he returned, Shirdi Baba was nowhere to be found. From where he stood, Kaleshwar could see a great distance in every direction; Shirdi Baba had mysteriously disappeared leaving no trace except his footprints in the dust. But, he had left a gift for Kaleshwar: there in the corner, leaning against the temple wall, was Shirdi Baba’s stick.

Extremely confused by Shirdi Baba’s ‘miraculous’ disappearance, Kaleshwar’s heart was racing. He went home and recounted the story to his mother. His mother listened, but told him it was probably just a dream. “Oh, you’re always being silly,” she said to him.

He stuck out his hand. “You see this stick?” Kaleshwar said. It was no dream.

After that, Kaleshwar began to see Shirdi Baba in his dreams and hear his voice. “Why are you so afraid? I’m your Grandfather. I’m a Grandfather to all the people. You’re a global person. You’re a global person.” Shirdi Baba told him that he had important spiritual work to do in the world and invited him to come to Shirdi, the town where Baba had lived when he was alive and the site of his samadhi tomb, now one of the holiest pilgrimage shrines in India. 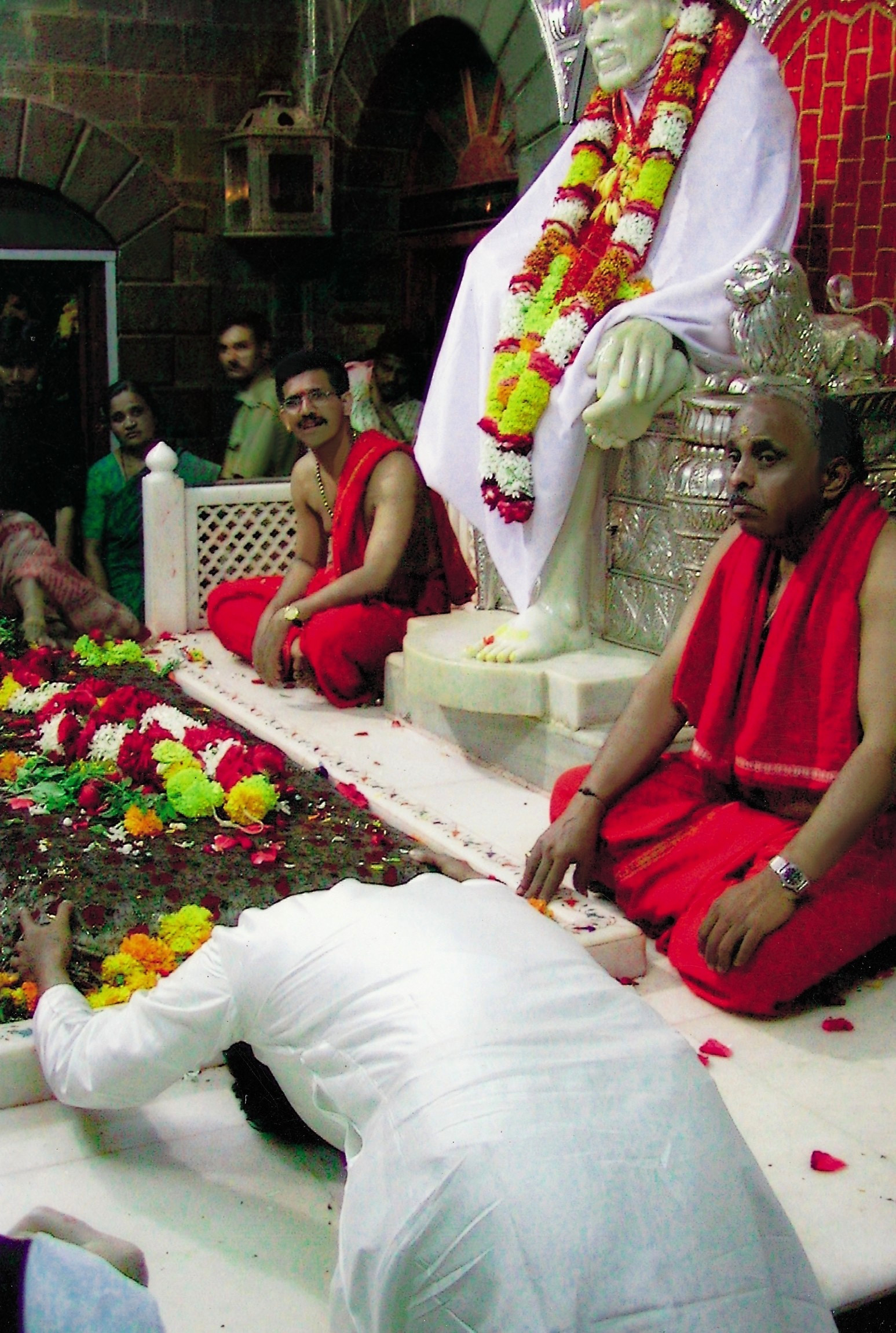 With great resolve, Kaleshwar begged his parents’ permission to go to Shirdi. They were very much against it. After days of arguments, during which he went on a hunger strike, he was allowed to travel 800 miles to the small village where Baba had lived. When he placed his head on Baba’s samadhi (tomb) he heard Baba’s voice clearly, “I have been waiting for you. Now is the right time.” Soon after, the young Kaleshwar began displaying miraculous powers and healing abilities. Shirdi Baba had opened his divine channels. His true dharma, his spiritual work, had begun. He was fourteen years old.

For the next decade, Kaleshwar did intense spiritual practices and traveled throughout India. Shirdi Baba led him to palm leaf books containing ancient knowledge revealed to the saints and sages many thousands of years ago.

The palm leaf manuscripts contained the mysteries of Creation, such as the mechanics of miracles and healing, how to create divine children, and numerous ways to achieve direct experiences with the divine. They contain sacred formulas that when correctly practiced awaken the incredible capability hidden within each soul. “Every soul has the potential to reach the level of a Shirdi Baba or Jesus,” Sri Kaleshwar said, “and contribute amazing things to the world.” Through the practices given in the palm leaves, one could awaken the soul’s true capacity. He explained that the only real difference between a master and a student is knowledge. The world needed this knowledge. It was key to making real change in the world.

Though he was already enlightened and possessed immense spiritual power, for years Sri Kaleshwar researched and practiced the formulas prescribed in the palm leaves. He did this to receive blessings from the Divine Mother and to teach the sacred formulas to his students. Everything he taught, he tested himself first. They are the same ancient formulas studied and mastered by Jesus and other maharishis in India. In the past, the information in the palm leaves was kept secret, given only to a few. However, now was the time, Sri Kaleshwar said, to make it readily available to help heal the world’s suffering and transform the way spirituality is practiced on the planet.

During this period of intense spiritual study Sri Kaleshwar established his ashram, Shiva Sai Mandir, in Penukonda, a small village in Andhra Pradesh. From this ancient spiritual land, Sri Kaleshwar began his global mission to train healers and spiritual masters to bring healing and enlightenment to the globe; to introduce Shirdi Sai Baba and his teachings to the West; to bring back the ancient channels practiced by Jesus, and to reveal the reality of Jesus’ life in India as written in the palm leaves. At the core of this divine mission is Sri Kaleshwar’s lifelong dedication to uplift and empower women, to train and educate them with what they needed to implement their true divine power which would help create a more compassionate society. One of the ways Sri Kaleshwar accomplished this is by reconnecting his students, both female and male, to the Divine Mother. The Divine Mother is the source of miracle energy.

God is both Father and Mother, but the female aspect of Creation has been forgotten and ignored. It is the Divine Mother who is the supreme Creator, receiving the seed from the Father and then giving everything form. Sri Kaleshwar said, “Mother Divine is the mother to every soul in this universe. She doesn’t belong to any religion at all, the Mother is the universal God/Goddess.” The entirety of Nature and each person living within it is in fact an expression of the Divine Mother. Sri Kaleshwar said, “In each person there is a fire, a light. See that light. That is She.” 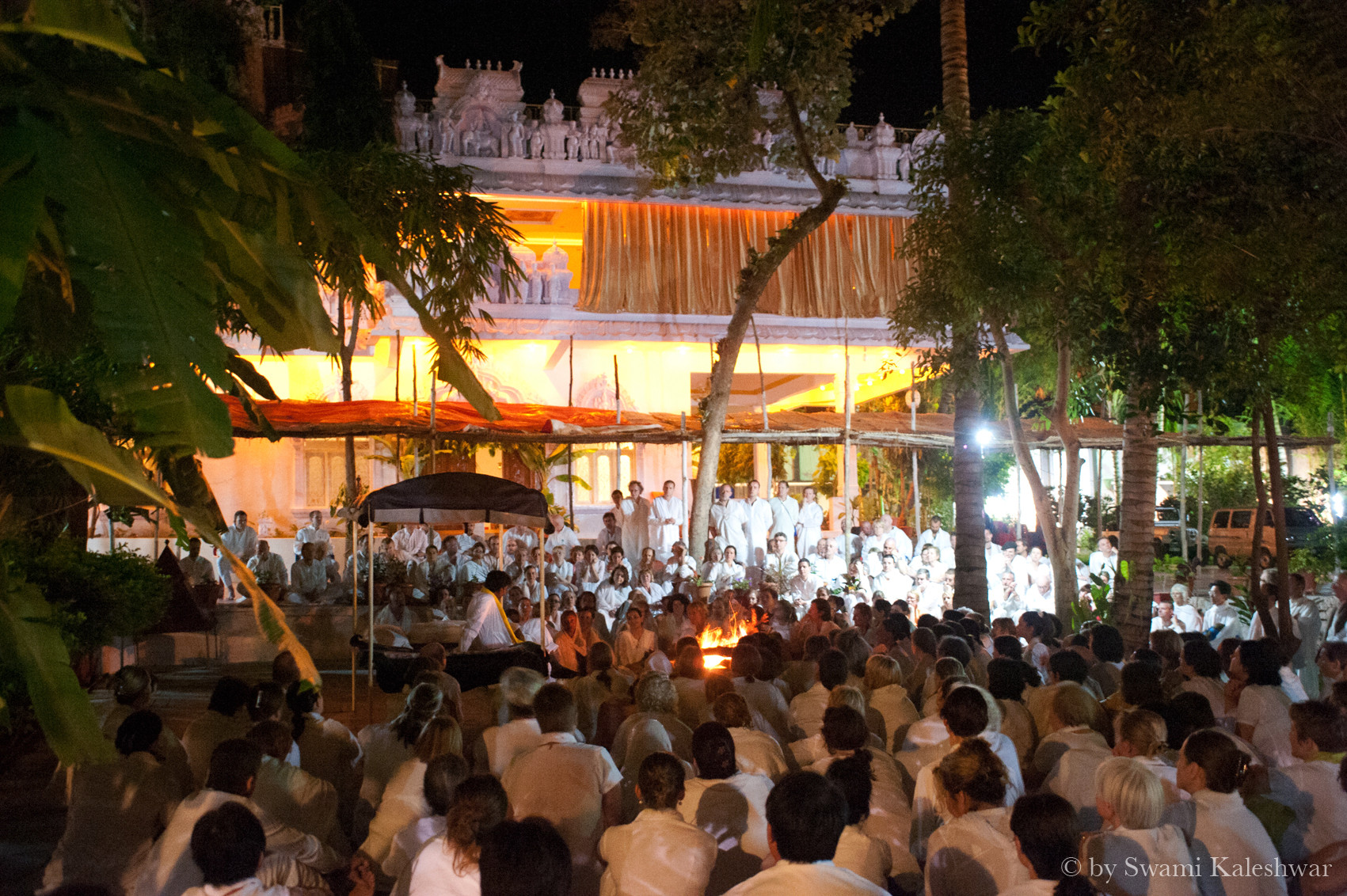 It is through reconnecting to the Mother that we receive both the deepest healing and healing abilities. When we experience Her we recognize the truth of who we are. By the grace of the master and the practice of the sacred formulas of mantra and yantra prescribed in the palm leaf books one can have a direct and personal relationship with the Divine Mother. Sri Kaleshwar teaches that it is through the feminine energy that change will happen on this planet. Both women and men must reawaken their connection to the Divine Mother and become channels of Her divine shakti in the world.At his ashram in Penukonda and programs around the world, Sri Kaleshwar demonstrated the miraculous energy and gave direct experiences of the Divine to his students and devotees. He is the author of numerous books, including Shirdi Sai Baba – The Universal Master, and his seminal work The Real Life and Teachings of Jesus Christ. For fifteen years, Sri Kaleshwar dedicated the majority of his time to training thousands of Western students from America, Europe and Japan. Sri Kaleshwar said that the spiritual awakening must come, “From the West to the East, not from the East to the West.” The West needs to become a sacred place where the ancient knowledge is shared, practiced and implemented to create a more peaceful, loving world. Once this happens it will return to the East. This is the fulfillment of the ancient divine mission

In addition to teaching healing techniques and enlightenment channels, Sri Kaleshwar placed equal emphasis practicing Bhagavan Seva, serving God by helping humanity. He said, “There is no enlightenment without helping humanity – be loyal to humanity. Be loyal and royal, help the poor.” Throughout his life, Sri Kaleshwar tirelessly served the needy. He is known for a vast number of humanitarian projects in Andhra Pradesh that focused on hunger relief, education, medical assistance, social welfare and infrastructure development. Hundreds of thousands of people have benefited from these programs. Sri Kaleshwar embodied the teaching that our lives and actions must serve and take care of society, leaving a divine fragrance long after we are gone.

On March 15th, 2012 Sri Kaleshwar left his physical body and entered mahasamadhi. During his lifetime, he said that when he was no longer restricted by his body his consciousness would be a million times more powerful and accessible to his students. This is not limited to those who were with him when he was alive.

In fact, when Sri Kaleshwar was in the body he shared that he spent 50% of his meditation time connecting with the souls of his future students. He said, “I am working with millions of students to come.” Just as Shirdi Baba was a living force in Sri Kaleshwar’s life directing his spiritual practice, Sri Kaleshwar’s consciousness is very much available to all those seeking his guidance and love now.

While Sri Kaleshwar performed countless healings and miracles during his lifetime and spent thousands of hours revealing the most profound knowledge, he said that his greatest gift to the world was his students. He worked to create a divine lineage of masters and healers who would in turn help other souls to become the same. There are numerous students all over the world who were certified by Sri Kaleshwar to give healings and to teach the knowledge that he taught.

During this period of great darkness and negativity on the planet, Sri Kaleshwar said there also exists a very special opportunity for accelerated healing and soul development. Now is the moment to become what he called a soul scientist, “In front of God, once you know the perfect formula, the right channel and the right energy, everything is possible.”